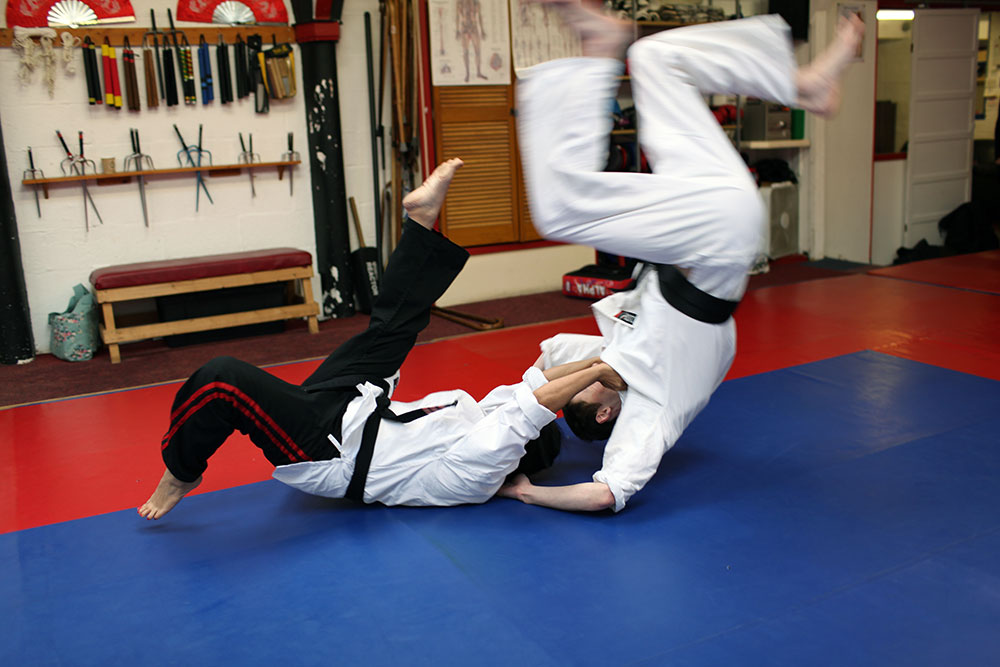 Ju-Jitsu is one of the oldest forms of martial arts and stories date as far back as 2500 years ago to Japanese mythology when the gods used it to chastise the lawless inhabitants of Japan.

The most famous association of this martial art is with the Samurai Warriors of feudal Japan who used it when in battle, the Samurai were protectors of the emperor and his aristocracy.

What does Ju-Jitsu mean?

The word Ju-Jitsu means gentle or complying fighting art. We are not talking about submission when we consider complying.

We are looking at absorbing or redirecting our assailants attack, subsequently controlling them by using their own force or energy against themselves, rather than meeting force with force.

Ju-Jitsu is not dependant on the size or strength of the practitioner as each move is based on technique. This martial art is suitable for all regardless of age, gender or level of fitness.
The Style of Ju-Jitsu we practice today includes blocks, strikes, throws, locks, dislocations, breaks, strangles chokes and Kata.

At Warrior Martial Arts we have a well structured syllabus from white belt as a beginner all the way to 5th Dan and have regular gradings every three months and a traditional belt system.

Many of the martial arts that are practiced today such as Aikido, Judo and Karate owe their origins to Ju-Jitsu. It is one of the few forms of practical street-wise self-defence systems, as most of the other forms mentioned have been adapted as sports.

At Warrior Martial Arts we aim to teach practical techniques, which will give confidence to defend yourself in today’s increasingly violent society.

Ju-Jitsu is a great way to get fit, gain confidence, make new friends and learn to protect yourself. All students are welcome from the age of 5 upwards.

View all our locations

You can find out more about which cookies we are using or switch them off in settings.

This website uses cookies so that we can provide you with the best user experience possible. Cookie information is stored in your browser and performs functions such as recognising you when you return to our website and helping our team to understand which sections of the website you find most interesting and useful.

Strictly Necessary Cookie should be enabled at all times so that we can save your preferences for cookie settings.

If you disable this cookie, we will not be able to save your preferences. This means that every time you visit this website you will need to enable or disable cookies again.

This website uses Google Analytics to collect anonymous information such as the number of visitors to the site, and the most popular pages.